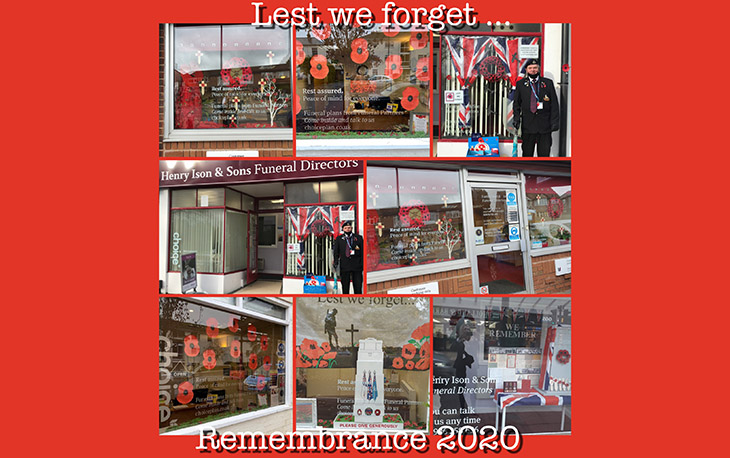 Henry Ison & Sons Funeral Directors across Coventry and Warwickshire have decorated their windows in support of the fallen and the Royal British Legion.

Our Daventry Road Funeral Home is an official point of contact for their local branch of the Royal British Legion, the Vice Chairman of which has been selling poppies outside and doing what he can in these most unprecedented of times to generate awareness and funds for the charity.

For the second year running our Leamington Spa branch has been a distribution centre for their local Royal British legion. Feedback from members has been incredible with overwhelming praise for new Funeral Arranger Yvonne who is truly embracing her role within the community.